Are you a chief executive or an entrepreneur with a fascinating story to tell? Media outlets have pretty much stopped running high-quality profiles of leading executives and entrepreneurs, and most business books are mind-numbingly boring. Mr. Morais, an award-winning Forbes and Barron’s veteran, is interested in filling this editorial gap by creating in book-form New Yorker-quality literary profiles that are colorful, thought provoking and revelatory. 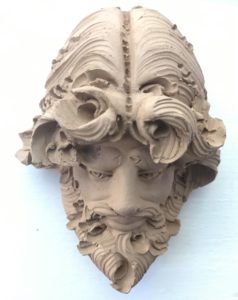 Mr. Morais does so by creating a genuine literary partnership between himself and an interesting executive with a story to tell – and then aligning their interests to create the best possible outcome. What this means precisely can be explained in more detail, but basically he is offering clients much more than his writing skills. For the right executive, he’s offering to be a genuine partner by throwing his own literary reputation and publishing infrastructure behind the project – including his primary agent in New York and his global network of subagents around the globe – to maximize the chances their jointly-created book will be both a critical and commercial success when it is published.

If you or your client have a major story to tell, Mr. Morais is open to hearing from you and setting up an exploratory meeting. Generally, ideal partners for Mr. Morais’s literary partnership would be heads of family businesses with a generational story to tell; dynamic entrepreneurs who have sold their creations and want to reflect on the meaning of it all; executives who want to reclaim the narrative of their stories after a controversial event; and low-key executives who should be known by a much wider audience. Here are some samples of senior executive profiles that Mr. Morais has written for a number of magazines:

If you are interested in meeting Mr. Morais and discussing this service, please use the “contact” field below to send RCM Media a message.